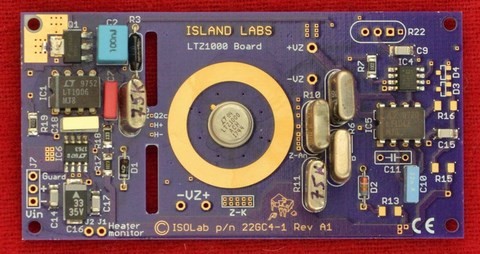 The boards with the LTZ1000 and LTZ1000A are ultra-stable voltage reference circuits. They are designed to provide about 7.1V outputs with temperature drifts of <0.03ppm/°C, 1.2µVp-p of noise, and long-term stability of 2ppm/√kHr.

Each board is aged at least 1500 hours and comes with the calibration, temperature coefficient, and noise data.
You can choose between LTZ1000 A and non-A version, molded or sealed resistors, and plastic or hermetic ICs.

The temperature coefficient is measured with the board mounted in a tin-plated steel box (106 x 50 x 26 mm ― 4.17 x 1.97 x 1.02 in) with glass feed-throughs employing Kovar eyelets which allow the copper leads to pass through the enclosure to minimize the thermal EMF; two cups protect the LTZ1000 from convective air currents; further the box is internally coated with a layer of two mm of insulating material.
The TC is measured by the box method whereby the change in VOUT is divided by the temperature range.
Link to "How the noise is measured?"

Link to our battery charger specifically designed for use with the LTZ1000.

Board with Sealed Resistors 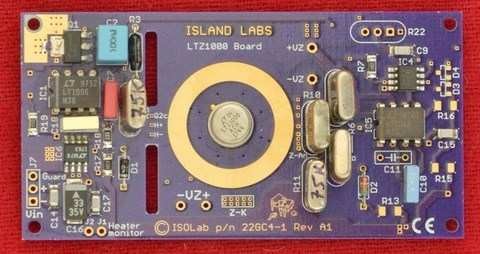 Board with LTZ1000CH and Molded IC 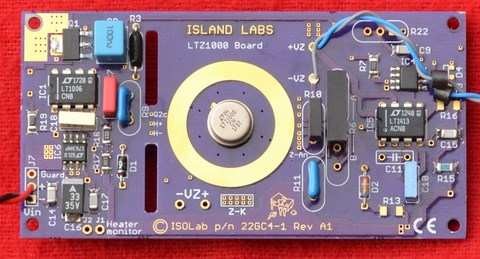 Board with LTZ1000ACH & Ceramic IC 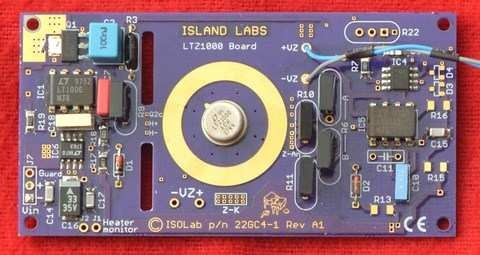 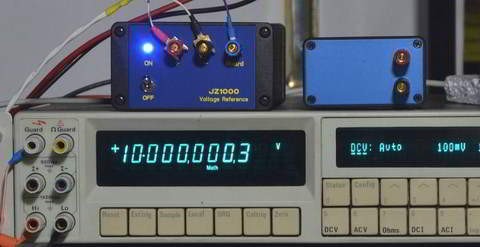 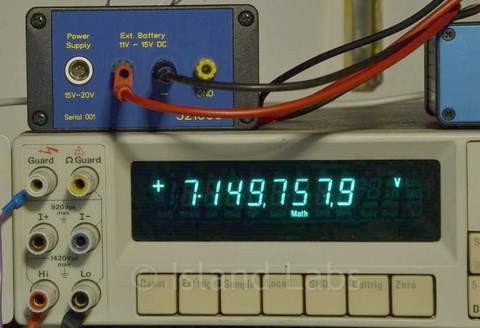 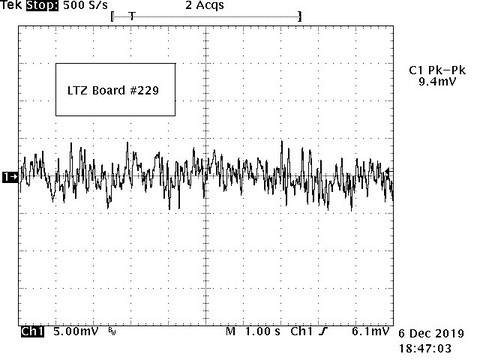 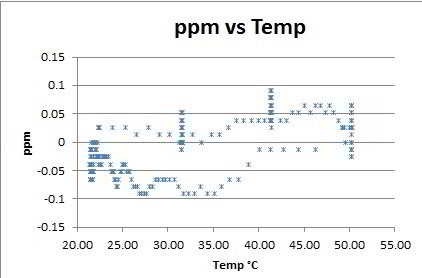 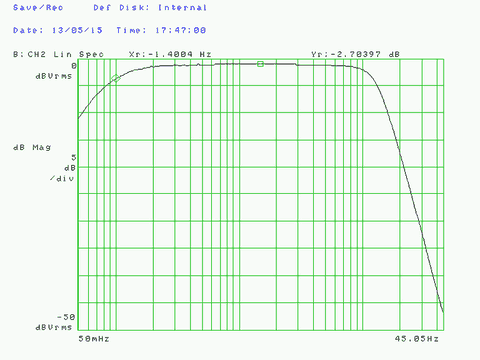 From datasheet
The LTZ1000 and LTZ1000A are ultra-stable temperature controllable references. They are designed to provide 7V outputs with temperature drifts of 0.05ppm/°C, about 1.2µVp-p of noise and long-term stability of 2µV/√kHr.
Included on the chip, there are a sub surface Zener reference, a heater resistor for temperature stabilisation, and a temperature sensing transistor. External circuitry is used to set operating currents and to temperature stabilise the circuit allows thus maximum flexibility and best long-term stability and noise.
The LTZ1000 and LTZ1000A references can provide superior performance to older devices such as the LM399, provided that the user implements the heater control and adequately manages the thermal layout. To simplify thermal insulation, the LTZ1000A uses a proprietary die attach method to provide significantly higher thermal resistance than the LTZ1000.

The reference circuit consists of a buried Zener diode junction and a temperature-compensating transistor (both of which are built into the same LTZ1000’s die package). External resistors, a filtering capacitor, and an operational amplifier are used to provide bias and compensation signal. Because Zener is buried below the surface of the silicon, this precision Zener can reduce oxidation and contamination problems during manufacturing. These issues make regular Zener diodes practically useless as precision references.
During power-up, the op-amp tries to set the base-collector voltage of the transistor to zero. In doing so, it sources current to reverse bias the Zener diode. Zener acts like a variable resistor in this case, which adjusts its resistance to always drop a voltage VZ of around 6.5VDC. Because of the feedback loop involved, the op-amp sets the transistor collector voltage equal to the Zener anode voltage and in doing so applies a voltage across resistor R2. A small current then flows through R2, such that IC = VZ/R2. For typical R2 at 70kΩ, the collector current is just around 100 µA. The input impedance of op-amp is very large, rendering almost all of the current to flow through the transistor (with the AC components shorting to ground via the small bypass capacitor), and as it flows through the base-emitter junction, the junction acts like a forward biased diode dropping ~600mVDC. Resulting overall reference voltage is given by VZ + 600mVDC = 7.1VDC. The voltage across the base-emitter junction is also the voltage across R1 and given its resistance, current equals about 4mADC. This current goes through the Zener itself, and thus R1 sets the Zener bias current. The reference noise decreases for greater bias currents but the lifetime of the Zener is reduced, as well as long-term drift increases, so four mA is a good compromise value. Some of the modules use even lower currents for better stability.

The emitter-base voltage of the control transistor sets the stabilisation temperature for the LTZ1000. With the values given in the applications (1k-13k), the temperature is about 60°C - 65°C. This provides 15°C of margin above a maximum ambient of 45°C, for example. Production variations in emitter-base voltage will typically cause about ±10°C difference. Since the emitter-base voltage changes about 2mV/°C and is very predictable, other temperatures are easily set.
Because higher temperatures accelerate ageing and decrease long-term stability, the lowest temperature consistent with the operating environment should be used. The LTZ1000A should be set about 10°C higher than the LTZ1000. This is because normal operating power dissipation in the LTZ1000A causes a temperature rise of about 10°C. Of course both types of devices should be insulated from ambient. Several minutes of warm-up is usual.

The limits stated for temperature coefficient (TC) are governed by the method of measurement.
The TC is most often stated in terms of what has historically been called the "box method".
The overwhelming standard for specifying the temperature drift of a reference is to measure the reference voltage at two temperatures. Divide the total variation (VHIGH – VLOW) by the temperature extremes of measurement (THIGH – TLOW). The result is divided by the nominal reference voltage (normally at 23°C or 25°C) and multiplied by 106 to yield ppm/°C.

This is the "Box" method for specifying temperature coefficient.